32nd year of the Americans with Disabilities Act (ADA) 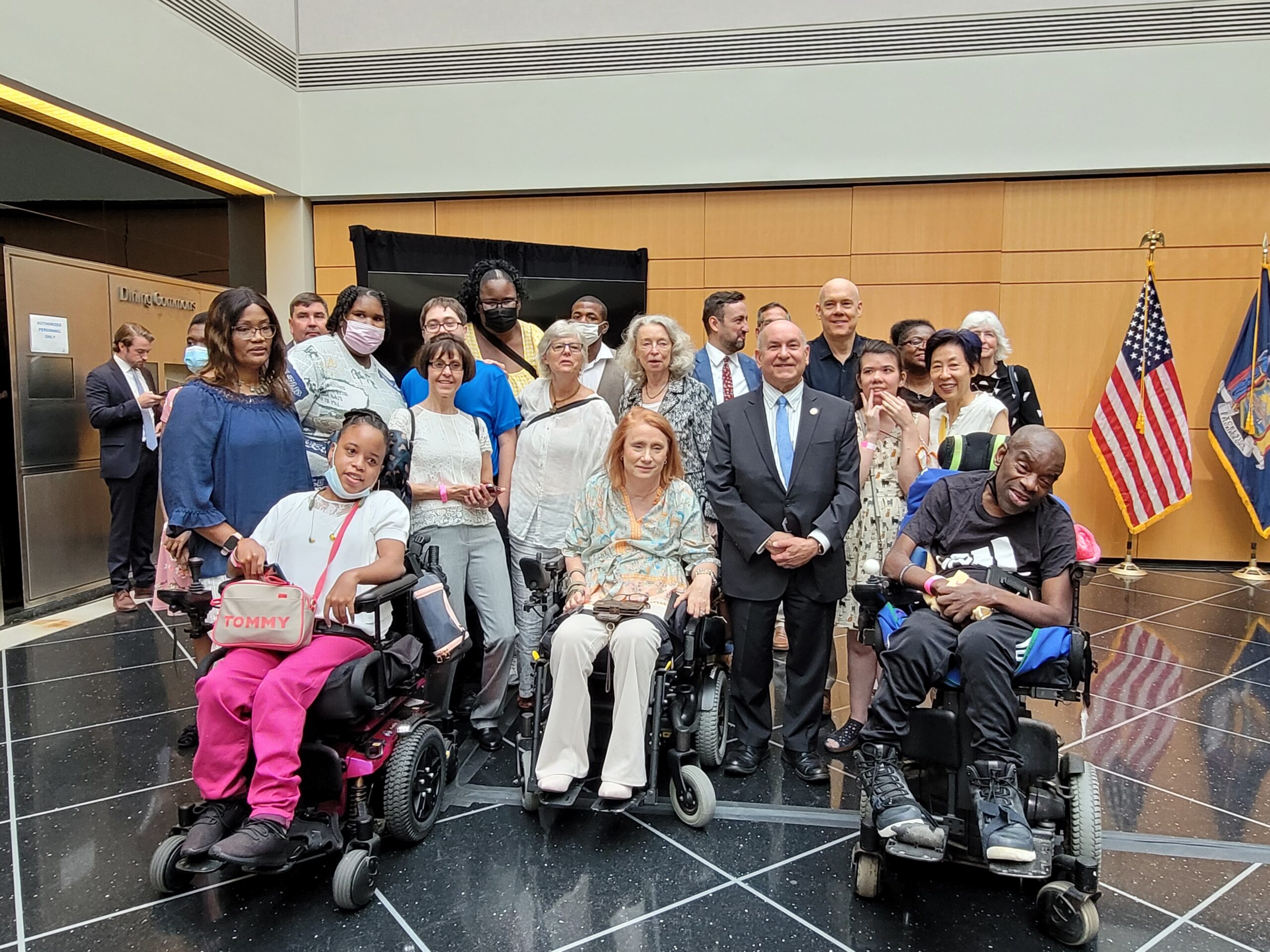 On Tuesday, July 26, 2022, the people we support joined the Governor in celebrating the 32nd anniversary of the day on which the Americans with Disabilities Act (ADA) was signed into law. At its heart, the ADA is a civil rights law that prohibits discrimination against people with disabilities in all areas of public life, including jobs, schools, transportation, and all public and private places that are open to the public.

Governor Hochul signed groundbreaking legislation to expand the use of Supported Decision-Making as a means to empower New Yorkers with developmental disabilities to make their own decisions with the support of a trusted person in their lives. Other legislation signed will assist in combating the stigma that people with developmental disabilities experience far too often. You can read Governor Hochul’s press release here and the proclamation she issued commemorating the 32nd anniversary here.

At S:US we serve approximately 800 people with intellectual/developmental disabilities (I/DD), as well as neurologic and psychiatric disorders. We are dedicated to helping people with disabilities live up to their fullest potential by creating opportunities for meaningful relationships, full integration into the community, and personal growth.