A 360 Approach To Veteran Support 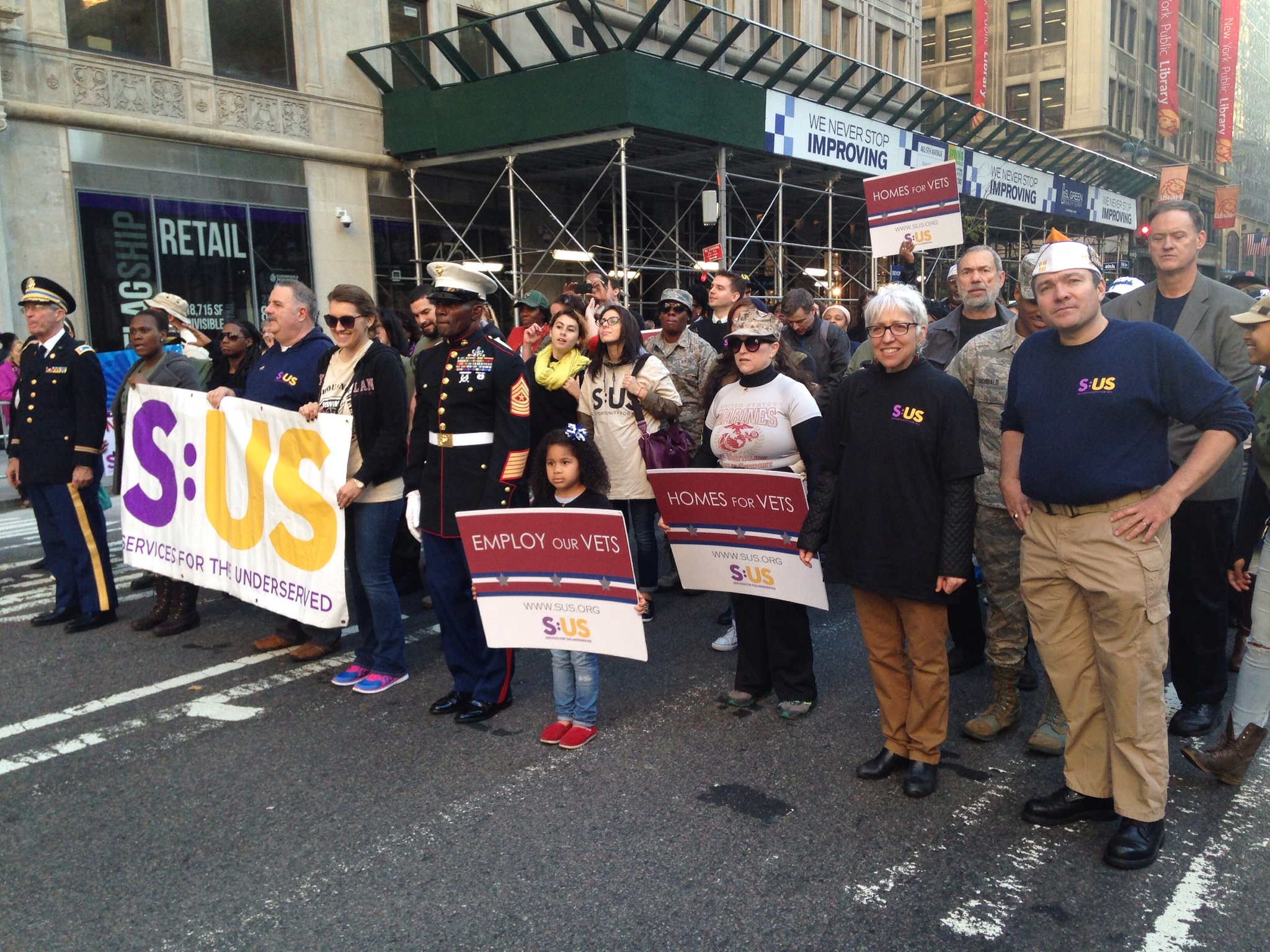 For three years in his 30’s, Thomas Clifford, 52, served in the U.S. Army as a Private E2 in Germany, where he guarded a nuclear and chemical weapons depot. During his time of service, Thomas became hyper vigilant and developed paranoia, which plagued him deeply for years after returning home from service. It wasn’t until three years ago that he sought help, after his mental illness took a hard toll on him and caused him to experience a traumatic break down.

Thomas was admitted to a psychiatric hospital in New York City where he was diagnosed with service-connected PTSD, depression and Intermittent Explosive Disorder, and received inpatient care for five months. Deemed unemployable by the Department of Veterans Affairs (VA) and with little money to his name, Thomas had no where to go after being discharged from the hospital. He landed in a shelter.

It is stories like Thomas’ that we cannot ignore. Unfortunately, it is common for veterans to experience crippling problems as they try to assimilate back to civilian life. They often have to deal with mental illness, unemployment and homelessness while also having little to no family or social supports. Veterans need our help the same way our nation needed theirs on the battlefield. As the second largest private provider of veterans services in New York City, Services for the UnderServed (S:US) makes sure they are fully supported.

After a month at the shelter, Thomas was referred to S:US with hopes of finding a more permanent place to stay. Thomas met with staff from S:US’ Veterans Services and within eight hours he was offered a supportive apartment in the Bronx. As Thomas describes it, he “went from zero to 100 over night,” crediting his change of circumstance to S:US’ devoted staff.

“I’m a decent man that went through a very hard time. For the last year that I’ve lived with S:US, my life has completely turned around,” says Thomas.

In much the same way Thomas’ needs were met, S:US provides critical housing, employment and support services to 2,200 other veterans. S:US believes that housing is at the very core of building or re-building a healthy life and for the past 19 years, S:US’ Veteran Services has delivered short-term rapid rehousing and homeless prevention services to homeless and at-risk veterans and their families. In October, the VA awarded S:US $6 million to serve 400 more veterans in the city and $3 million to serve 1,000 more veterans in Long Island, allowing S:US to have an even stronger footprint in the veteran community.

Under the direction of the VA—which is distributing $207 million to 82 nonprofit agencies as “surge” funding for 56 high-need communities—over the next three years S:US will continue to offer veterans and their families case management services, assistance in obtaining public benefits, and temporary financial assistance to help them exit homelessness or maintain permanent housing.

Many veterans and their families are driven into homelessness because they are unable to gain employment, even with years of military experience. This is often due to a range of challenges, including employers’ negative predisposition toward veterans; incomplete education; and an inability to translate skills gained in the military to work in the civilian world.

Through integrated educational and employment services, S:US helps veterans gain professional certifications and educational degrees so that they are more marketable in the workplace. In partnership with three City University of New York (CUNY) community colleges, S:US’ Veteran Education to Employment Program (VEEP) works with veterans through every step of the education-to-employment process by helping them identify their career objectives, find and apply for financial assistance and scholarships, and secure jobs with S:US’ private sector partners. Thanks to the generous donation of $50,000 from PIMCO and donations from smaller organizations like Widder Bros. Inc., S:US’ VEEP will create scholarship opportunities for veterans.

As Thomas enjoys the stability of his apartment, he is also looking for steady employment. Like S:US’ veteran staff, he wants to pay it forward by a being a stable source of support for his fellow servicemen. With nearly all of S:US’ Veteran Services being veteran-run, veterans who come to S:US for services know they have someone they can relate to who is on their side. Thomas knows first hand how important this is.

Peer support is particularly needed for veterans who are still dealing with the mental and emotional anguish of war, so much so that they are at risk of suicide. For these veterans, S:US’ Operation: Constant Courage—a veteran-empowered program launched in October that provides suicide prevention services and crisis response to veterans—is available to them whenever they are in immediate need.

While S:US offers a broad cross section of services to support veterans, as of October, S:US also coordinates services for 40 other New York City-based public, independent and private service providers. Over an 18-month pilot period, as Administrative Services Organization (ASO) Provider for the NYC Veteran and Military Families Coordinated Network (NYC4RVETS), and in cooperation with the city, the state, and the VA, S:US will lead the way of this first-ever effort to harmonize veterans services across the region. Working collaboratively, the network will effectively offer 3,000 unique veterans and veteran families more efficient access to the resources they need to sustain a healthy and economically-viable quality of life. S:US’ award of the ASO contract demonstrates confidence placed in our ability to lead the field in a fair and transparent manner.

With efforts from so many organizations that are committed to serving veterans and making housing, employment and other services more accessible, S:US hopes more veterans will have renewed hope as they pursue opportunities to rebuild their lives. This year, as we celebrate Veterans Day, we look forward to seeing more veterans rise out of homelessness and unemployment, successfully reintegrate into the community, and support one another.

“Being treated with dignity is 90% of what’s helping me get better—not being kicked down,” says Thomas. “There’s a saying: ‘If you can’t give a man a shoulder up, don’t give him a shoulder down.’ I’ve got two shoulders up at S:US, and I’m grateful.”