A Profile on A.J. Brulhardt, S:US Director of IT Infrastructure & Operations

He’s like a technological first responder to the crisis of homelessness in New York City.

“If you tell me the location and give me an address, I’ll come in tomorrow and deliver a fully functional office before the internet provider begins service,” A.J. Brulhardt says. “We keep a healthy stock of equipment and, if someone’s computer breaks, they won’t lose data because everything’s in the cloud. They’ll just go to another working unit.”

Such hot-desking can be necessary for the frontline staff at Services for the UnderServed. S:US for short, the organization provides shelter, housing and much needed supportive services to New Yorkers facing homelessness, substance use, disabilities, HIV/AIDS and poverty. At last count, Brulhardt had set up around 90 offices in apartment buildings, basements, storefronts and other locales where S:US healthcare workers meet and provide services. 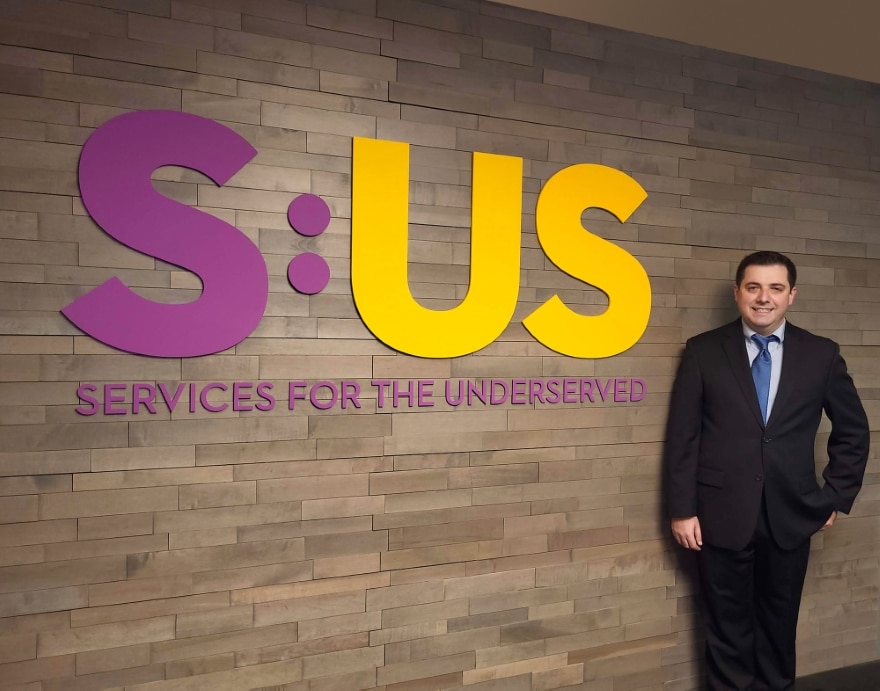 A.J. Brulhardt | Director of IT Infrastructure & Operations | Services for the UnderServed

Quite the formidable mission those workers face, S:US having committed to serving around more than 37,000 individuals and families in every borough of the big city and on Long Island. This social service nonprofit has shown it can step up in a crisis, as it did during the COVID-19 pandemic.

“Our mission to help at-risk populations is very rewarding,” he says from midtown Manhattan headquarters. “But as a nonprofit, our funding is limited, and we have to make the most of every dollar.”

A member of the IT team since December 2013, he became director of IT operations in July 2020 which, of course, coincided with the pandemic at its worst. How S:US had to mobilize, the pandemic closing New York City’s homeless shelters and much of its clientele having nowhere to go.

But Brulhardt had S:US prepared. Even pre-pandemic, most staffers were working remotely through an Azure platform he had rolled out in the late 2010s. With around 99 percent of S:US functions entered in that cloud and a Citrix terminal system allowing access from practically any computing device, staffers were able to quickly shelter occupants into five vacated hotels.

“Tech is synonymous with the end impact on the people we serve,” he says. “The industry is very much a human-to-human interaction, but it’s important to acknowledge that we’ve got the know-how of what tech brings to the table.”

While the worst of the pandemic is hopefully over, the need to support people facing homelessness endures, with S:US continuing to close and open program locations and its 1,800 staffers going where the need is most acute.

Security ranking high for such a vulnerable constituency, Brulhardt’s recent initiatives include camera surveillance at the buildings where S:US clientele is placed. And not just any cameras—he’s pushing for a next-generation system with cloud storage as a secondary mode of backup. 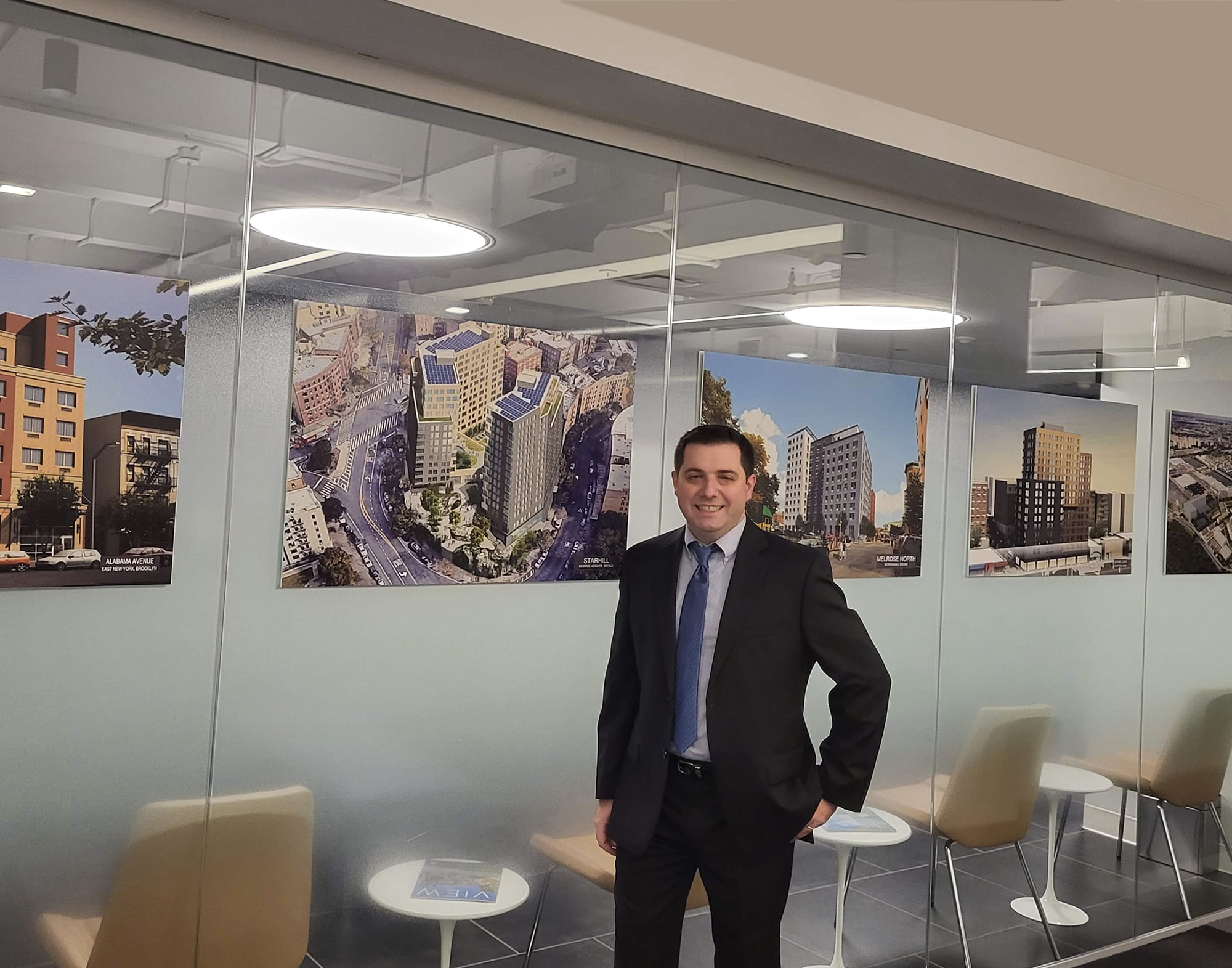 Of course, mention security to an IT professional, and that includes network security. While there’s a separate staff to oversee the sanctity of electronic health records and other sensitive information, Brulhardt has a hand in that too.

“If anything has a computer chip or uses electricity, I’m at least partially involved,” he says.

It’s all part of overseeing the systems for a large nonprofit that since 1978 has been trying to make a dent in a socio-economic problem that only seems to grow. A 2008 Adelphi University Info-Systems graduate whose previous stops included, in reverse order, Send Word Now, I.A.T.S.E. National Benefits Funds and Ambac, Brulhardt joined S:US as an IT Infrastructure Manager.

“A nuts-and-bolts role,” as he describes, and in many ways that’s what his more recent position also is, only with a larger footprint and added responsibilities for managing vendors, reviewing contracts and overseeing an IT operations staff of 12.

S:US having around 60 offices when Brulhardt joined, he’s been the point man in the expansion and has it down to a science. Because the agency’s functions are in the cloud, he says it’s freed from the limits of a data center. And person for person, he says he’d put his team against that of any IT company.

“My strategy for success is not based on my personal accomplishments,” he says. “It’s empowering my team to succeed. You grow by challenging yourself, reviewing your progress and always being proactive.”

He’s always been comfortable with the wired world, Brulhardt saying how math and logic came easy to him. His father being a graphic designer, the younger Brulhardt had access to video games and not just for fun.

“My parents told me, ‘If you’re going to play you should learn how to make them,’” he recalls.

So, he took to programming at Adelphi, only to find it was not a passion. An instructor enlightening him on how an IT generalist could bridge the gap between technology and a business function sparked an interest, and that’s the direction Brulhardt took.

Just 36, he’s still a young man but well-seasoned in technology and ever in learning mode. Born in Queens, he continues to live there with his wife. Proximity to Long Island Sound makes it an ideal domicile.

“Got to have the sea to sometimes clear my mind of tech,” he says. “There’s a lot to be said for boating, fishing and just being on the beach.”