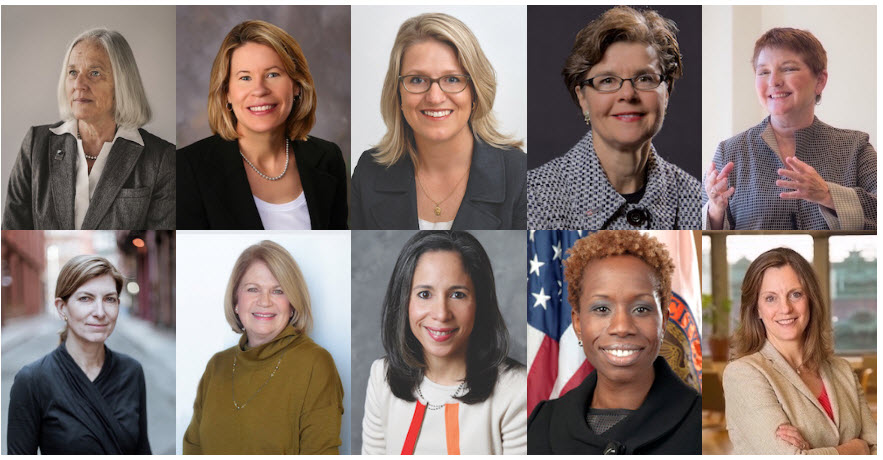 That’s true in business and looks to be especially true in real estate.

The number of women in overall senior management in the country has increased by a mere 1% in the past 10 years, according to a recent Grant Thornton International Business Report, a survey of more than 5,400 business leaders in 36 economies.

Just 21% of senior business roles in the United States are held by women, a decrease from 22% in 2014 and just a slight increase from 2004 (20%). The research also reveals that of the U.S. women in senior management roles, only 6% are CEOs.

It’s a similar story in real estate. Women make up 25% of the Urban Land Institute’s (ULI’s) membership but account for only 14% of its CEOs, according to a 2015 study by the organization’s Women’s Leadership Initiative (WLI). Furthermore, of the small number of female chief executives, most were running firms with fewer than 100 employees.

On the affordable housing side, a look at AHF’s Top 50 Developers list reveals 18% of the firms were headed by women in 2015, although a number of other firms have women as senior vice presidents. “Often, I was the sole woman at the table, and that’s been the history of women in professional careers for a long time,” says Cynthia Parker, president and CEO of BRIDGE Housing in San Francisco, one of the nation’s top affordable housing developers. “It’s important if you’re at the table and you’re a female to look at what you bring.”

The lack of women in top positions continues despite compelling evidence that diverse companies perform better than more homogenized firms. Diversity Matters, a 2015 study by global consulting firm McKinsey & Co., found that companies in the top quartile for gender diversity are 15% more likely to have financial returns above their respective national industry medians.

While having gender and ethnic diversity doesn’t automatically mean greater profits, the findings suggest these companies can be more successful, possibly because they’re able to win top talent and improve employee satisfaction and corporate decision making, according to McKinsey executives.

“Women have an important perspective and view of the world,” says Terri Ludwig, president and CEO of Enterprise Community Partners, a large nonprofit supporting affordable housing across the nation. “I believe the more diversity of opinion we have, the better [and the] more understanding of the needs we have.”

Ludwig points out that many of the people Enterprise serves are women.

Shola Olatoye, chair and CEO of the New York City Housing Authority (NYCHA), agrees. More than half of the households the NYCHA serves are headed by women, and Olatoye says it’s been one of her objectives that the agency’s leadership reflect the diversity of its residents.

Over the years, ULI has frequently been asked how many women are in leadership positions in the real estate and land-use industry. This information had always been elusive, so the WLI decided to take a deep dive into the issue by surveying more than 1,200 female ULI members in the United States, holding four focus groups, and conducting one-on-one interviews at several organizations.

The results were sobering, with few women at the top. Although the WLI found that only 14% of women are CEOs, more than two-thirds of the women surveyed aspire to attain C-level leadership such as CEO or COO or start their own company.

One of the WLI’s most interesting findings was that respondents ranked informal approaches as more important to their career growth than formal programs.

“This includes giving women challenging job assignments so they can rise to the occasion and prove themselves,” says Ellen Mendelsohn, ULI’s director of leadership. An inclusive culture and managers who coach also matter more to aspiring female leaders than do formal women’s programs.

Importantly, a firm can employ these steps whether it has four or 4,000 employees, notes Mendelsohn.
This doesn’t mean formal policies and programs don’t matter, but that they alone aren’t sufficient, according to the report. For example, putting a training program in place doesn’t lead to gender balance unless it’s accompanied by a change in how the firm’s work gets done.

Several of the top women working in affordable housing had insightful career advice to share.

Her words come from experience. Graf entered the field through the social services side, assisting people with developmental disabilities. Recognizing that housing was an essential and often unmet need for the people she was helping, Graf became interested in developing affordable housing.

“I realized I was pretty good at real estate. I liked it and found it challenging,” she says. “My desire to have something that had a very significant business component to it combined with a social-service element was a terrific combination for me. I let it pull me.”

Several others stress the importance of networking and building relationships, good advice for both men and women.

“Relationships are the key currency for success,” says Ludwig.

Maria Barry, national executive at Bank of America Merrill Lynch Community Development Banking, recommends expanding one’s experiences beyond the immediate workplace. “I’ve found being on boards is an important way to expand your horizons and meet others to give you new ideas and fresh perspectives,” she says.

In the next five pages, meet these leading women and others who are making big waves in affordable housing…READ MORE