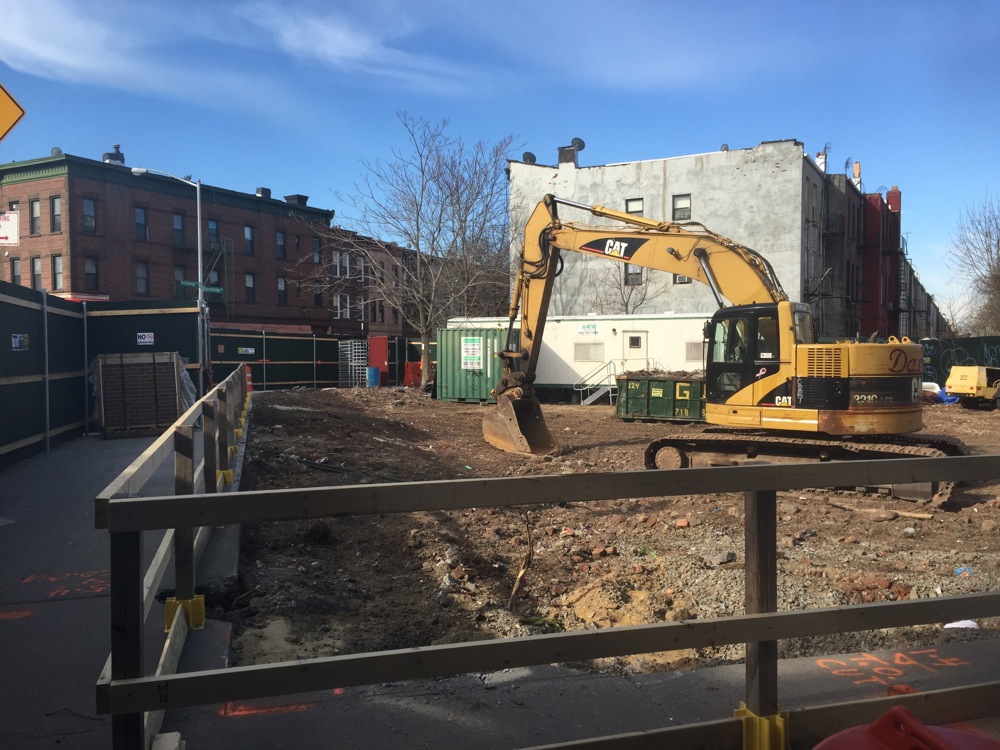 The Henry Apartments, a huge affordable and supportive housing complex in Ocean Hill, has officially kicked off construction at 1696-1712 Broadway. City officials and pols such as Deputy Borough President Diana Reyna and local City Council Member Darlene Mealy were on hand for the groundbreaking ceremony, which took place Friday, March 20, a spokesperson for the project let us know. (Check out the photos here.)

Workers have been putting up a construction fence around the very large site for several weeks, and when we peeked through yesterday we could see the ground had been cleared and a hole had appeared close to the corner of Broadway and Rockaway. The site runs along Broadway between Rockaway and Decatur. Years ago there were apartments and stores here, but the property has been an empty lot for decades.

The two six-story buildings going up here and across the street at 1674-1684 Broadway will have a total of 134 affordable apartments as well as shops and supportive services. The developers are S:US and Alembic Community Development.