Community Groups Band Together to Negotiate with Payers 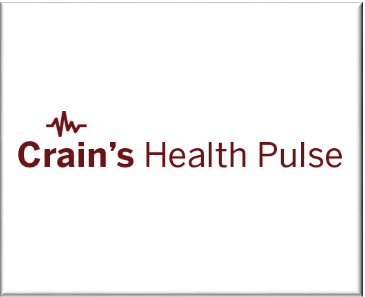 by Crain’s Health Plus

As New York’s Medicaid program transitions toward behavioral-health managed care and value-based payments, community-based organizations have started forming independent practice associations, which have traditionally been used by groups of physicians. Some primary and mental-health care and nonprofits are now using the IPA structure to cover broader geographic areas and collectively negotiate with managed care organizations.

The Mental Health Association of Westchester is a member of the Coordinated Behavioral Health Services IPA, which became a limited-liability corporation in June 2014. The group later collaborated with HRHCare, a network of 26 federally qualified health centers, to create the CBHCare IPA, which offers both primary and mental-health services.

“The idea was that, as these individual CBOs came together, they would standardize care, improve outcomes and use data analytics to demonstrate that they’re providing good care,” said Charlotte Ostman, chief strategy officer at MHA Westchester. “And the organizations would have a larger number of covered lives to be able to provide leveraging power in securing value-based contracts.”

The IPAs hired Manatt Health Solutions to advise them on legal issues and service-delivery strategies.

In New York City, behavioral-health care providers formed the Coordinated Behavioral Care IPA in 2014. The group currently is preparing to participate in the state’s Health and Recovery Plans for people with serious mental illnesses and substance-abuse issues.  “The IPA is working to build the capacity of its member organizations and discussing agreements with payers,” said Donna Colonna, president of the board of the CBC IPA and executive director of Services for the Underserved.

Like other behavioral-health organizations, the CBC IPA’s members are accustomed to providing many of the necessary services for HARP beneficiaries, but are figuring out how to create models that work with the state’s new payment system. “It’s so much better if we’re working as a group and bringing in some experts who can help us think about it from a business perspective,” said Colonna.

HRHCare and other FQHCs in the state are currently in talks about forming their own IPA, said Ostman.

With the wave of provider consolidation, it is important for CBOs to band together, Ostman said. “I think to compete in the current environment, smaller agencies that can’t demonstrate breadth and depth are not going to get a seat at the table,” she said.