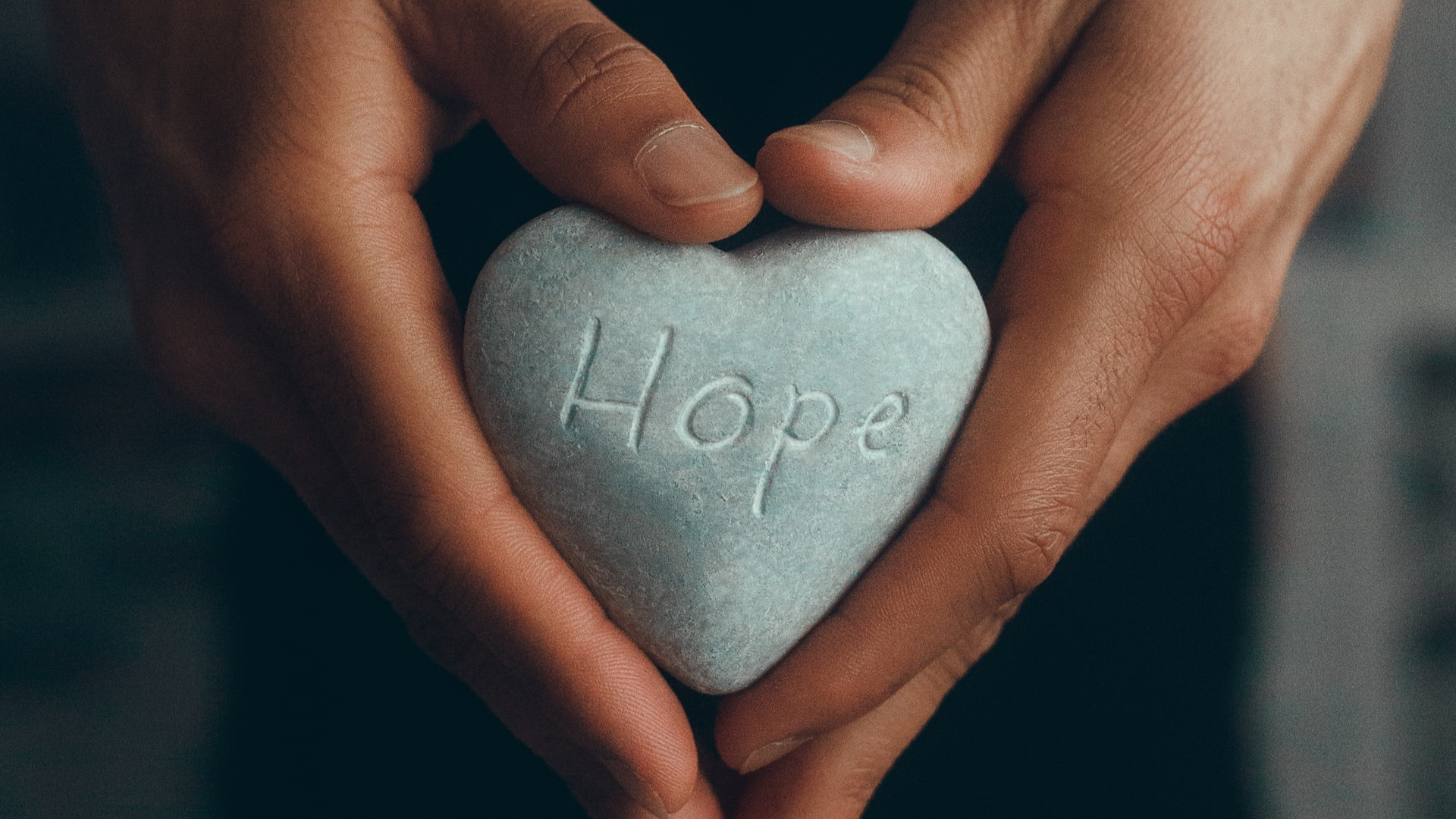 This article is part of a quarterly series giving voice to the perspectives of individuals with lived experiences as they share their opinions on a particular topic. The authors are served by Services for the UnderServed (S:US), a New York City-based nonprofit that is committed to giving every New Yorker the tools that they can use to lead a life of purpose.

We are New Yorkers in our 30s, 40s, and 50s who have overcome a lot of obstacles in our lives and made progress in achieving stability with help from S:US. We’re each experiencing challenges such as homelessness, post-traumatic stress disorder (PTSD), depression, an eating disorder, substance use disorder, and two of us are living with HIV.

Previous Challenges Knocked Us Down

Everyone has challenges to overcome, but we really struggled with significant crises that knocked us down and kept us from living our best lives.

“When I first came to S:US, I was suicidal, I was hospitalized for an eating disorder, and I was dealing with a lot of family issues. I was on the verge of giving up before I turned 30,” said David T. “I’ve been dealing with PTSD for a long time. Feeling a lot of past trauma, I’ve never taken care of – S:US has been very good at helping me work on that. I’m also a former drug user. I’ve maintained sobriety through S:US and I’m very appreciative of that.”

“My wife passed away in my hands, she couldn’t breathe, and she died. It turns out that she had a blood clot in her lung. She said she was dying, and I was asking her why, I thought she was going to be fine. I called the ambulance because she kept saying she was dying and then she seized. I gave her mouth-to-mouth, but she died. We were together for 29 years and I never left her side. After she passed, I felt like I was going crazy and was very sad, lonely, and volatile. I kept thinking about unusual stuff, like getting into fights. S:US helped me. They talked to me and got me the help I needed. I appreciate them forever. I am still going through pain and I still hurt but I’m not volatile like I was,” said David D.

“I lived on the streets for a long time. I was hospitalized for substance use many times. I was eligible for an S:US housing program because I had been homeless and had a psychiatric diagnosis and medical issues,” said Robert. “The last five to six months have been a real challenge for me. I had been suffering from panic attacks and acute paranoia and I ended up in the hospital again. I had a lot of restlessness and problems with anger. Mental health has been a real challenge. I just need people to check in and to make sure I’m doing okay. It’s nice to have S:US staff check on me. They are really caring and follow-up on what they say. They actually just sit down and listen to you and let you talk; to me, they are helping me out a lot. I really appreciate S:US.”

We’ve Grown and Made Progress

Things have changed a lot for all of us – whether it’s the past few years or even just the past couple of months. We’re all working on our sobriety, we are housed, and we’re on a journey to stabilize our mental health.

“From 2017 to now, I’ve experienced major changes, especially because I was an addict and now, I’m sober. I am forcing myself to go to therapy even on days when I don’t want to. Everything has been overly emotional, but I’ve been starting to see more stability in my life. S:US has been helping me with taking medication. I feel like my PTSD and OCD went down tremendously since taking my meds. Talking with my therapist weekly also is a huge help,” said David T. “S:US got me into more intense therapy for my eating disorder and helped me get in touch with my family. When my grandmother died in November, it was a really dark time for me. I was having a lot of issues with panic attacks. Coming to the clinic was a saving grace. I utilized the tools they gave me to get through the grief and I started coming to programs, it helped make me a stronger person. Through the help of my therapist, substance use counselor, and peer specialist, I have been able to maintain a healthy lifestyle.”

“I’ve grown a lot. I used to feel like I didn’t care too much about stuff. I was not in the right state of mind, not taking medication, I wasn’t going nowhere. I had depression, self-loathing doubt, suicidal thoughts, I was fighting with people. Since S:US has helped me, I’ve been on my way to a clearer, better, more sober path. Before when I had been to places other than S:US, I didn’t feel like it helped, they just sent me to the hospital and let me go but I had to figure it out on my own. S:US has stayed with me,” said David D.

“I have lots of challenges still, but I’m making progress. I go to groups, I attend meetings, I talk with my case workers and my therapist. I used to be a heavy drinker, but I quit drinking and quit smoking. I’ve been in this home for five years, which is the longest I’ve been in one place, as I’m used to moving from here to there a lot. I still struggle with issues and I’m working on them,” said Robert. “S:US services could’ve benefited me earlier. I always tried to do things on my own, but if I had these supports all along, I would’ve been able to be a lot more stable, do a lot more, and could’ve gotten hooked up with a lot of more agencies. Mentally I would’ve been a lot more stable. I think it would’ve helped me get stable and stay stable a lot longer.”

Connecting with other people is an essential part of life. When we get down, we need our support system to keep us afloat. The three of us don’t have many people we can go to, but S:US has helped us tremendously.

“I was living with my wife, then I had to leave when she passed away. I was worried about ending up on the street. S:US helped me get an apartment and get support,” said David D. “When I needed someone to talk to, when I felt like being violent to myself or killing myself or someone else, S:US staff came and talked to me, and they listened. They came and never let me go since then. That really helped.”

“S:US also helped with my career as a writer. I was HIV-positive and just got out of a homeless shelter into an apartment, but I didn’t know how to function and be patient. Now I feel very centered. I actually want to live now; I didn’t have that sense before. I was so alone before. I think about how that place saved my life. I honestly don’t know where I would be right now, I’d probably still be an addict somewhere. I’m really grateful for the team I have. They are saving lives, for people with addiction,” said David T.

“It’s nice that S:US staff come see me. They help me to stabilize. I don’t have a lot of people that visit, just having S:US staff visit and them talking with me helps me to sort out things that I need to sort out. They are a great support network; they have helped out a lot. I’m graduating from one level to another level and as a reward they got me a bike, so now I bike all over the place,” said Robert.

Messages for Others Experiencing Similar Challenges

We’ve all been in difficult, dark places and we have messages to share for other people who may be losing hope. Don’t give up. You can get your life back on track. There is help for people like us – we are regular people too.

“It’s never the end,” said David T. “When I first came to S:US with all of my issues, they made it very clear that this was a transition period, and it wasn’t permanent. There was a light at the end of the tunnel, I probably need a few more years of therapy still but they really helped me through very difficult moments.”

“You can’t take this life for granted. You never know who is going to be there and who is not. Don’t do drugs. Stay in school. I can’t read or write and I’m 48 years old. It’s hard because I can’t read my grandkids a story. I definitely regret not staying in school,” said David D. “What’s helping me most is my mother and my sister.”

“It’s been a long journey. People with mental illness and physical problems, we are people too. We are just like everybody else. I’m a survivor. I’m very resilient. And the big thing is that I want to be treated like anybody else,” said Robert.