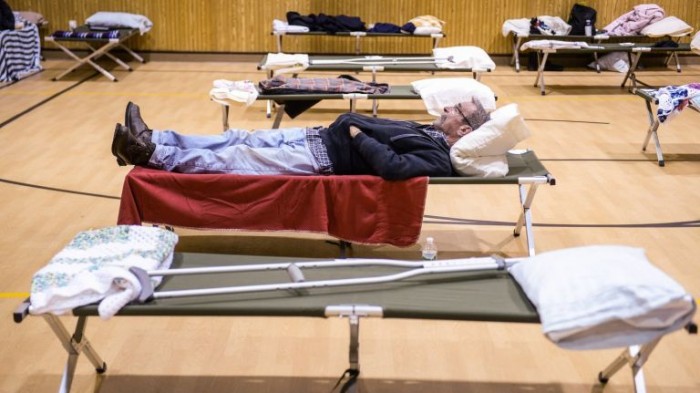 Homelessness eased 0.6 percent on Long Island in 2017, an annual federal study said on Wednesday, but leapt 43 percent in New York State since 2007, the largest increase nationwide.

In Nassau and Suffolk, the ranks of people living in shelters or on the street slipped from 2016 to 3,937 this year, the Department of Housing and Urban Development said.

“I hope our actual decline is more significant than what we are seeing because we are finding more people than we used to” due to improved outreach, said Greta Guarton, executive director, Long Island Coalition for the Homeless.

The federal data are gathered annually on a January night. Nassau’s latest data showed a nearly 22 percent increase in people living in shelters.

There were 1,405 people in emergency shelters on Tuesday, up from 1,152 a year-ago, said John E. Imhof, commissioner for the Nassau Department of Social Services. On both days, nearly half were children.

Steadily rising housing costs, often higher in Nassau than in Suffolk, are the main reason people lose their homes, experts said. In addition to the disabled, shelters house people without jobs or transportation — and the working poor.

A Suffolk County spokesman was not immediately available for comment on the HUD report. Suffolk officials also had no immediate comment about the county’s latest homeless data.

Trish Marsik, chief operating officer for the nonprofit Services for the UnderServed, saluted Long Island’s efforts to work with landlords and find services to help ensure people can stay in the new homes that are found.

Nationwide, HUD reported that homelessness is on the rise.

“We’re looking at a housing crisis in this country,” Marsik said. Around the nation, 554,000 people were homeless, HUD said, up almost 1 percent from 2016.

Some 193,000 individuals nationwide were living in vehicles, tents, the streets and other places deemed uninhabitable, a 9 percent rise from two years ago.

At least 10 West Coast localities have declared states of emergency due to homelessness since 2015, including Los Angeles.

Nassau and Suffolk saw a 2.1 percent decline in homeless veterans HUD said. A nearly 68-percent drop has been achieved since January 2011.

Still, the total of long-term homeless individuals spiked 166 percent in both counties, or 88 persons since 2010, HUD said.

Not all of the factors driving the rise in homelessness are fully understood, said Douglas A Russell, director of Quality Management, Research and Planning, Health and Human Services. He noted applications for public benefits have fallen since the first few years after the last recession.

Imhof cautioned against negative stereotypes of the homeless. “Nassau County is a wonderful county in so many ways, but there are still people suffering who need help.”