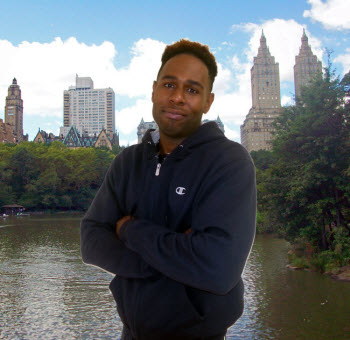 After spending nearly 10 years in prison Darnell Smith (pictured) was looking forward to being reunited with his loved ones. But he faced a big problem: he had no home outside of his cell. His wife and children lived in one of New York’s public housing developments for low-income residents but a long-standing housing policy severely limits convicted felons from living in public housing.
Darnell faced the very real possibility that when he was released he would have to join many other formerly incarcerated people and live in a homeless shelter. According to the National Health Care for Homeless Council up to 50 per cent of America’s homeless population have a prison record.

Research shows that access to housing as well as reunification with families substantially increases the likelihood that a person returning home from prison or jail will be able to find and retain employment, stay drug-free, and refrain from committing additional crimes. Research also indicates that individuals recently released from incarceration with strong family connections have greater success in securing and retaining employment.

Fortunately for Darnell a relative stepped forward and helped him put together the $600 monthly rent which allowed him to rent a single box-like room in Harlem with no kitchen. After living for two years in that room Darnell learned about Services for the UnderServed and its Family Re-Entry program which provides re-entry services to individuals leaving incarceration so they can live with their families in public housing. Darnell discovered that if he stayed there incident-free for two years, he could earn a coveted spot on the lease. This 3-year Family Re-Entry pilot program is a partnership between Services for the UnderServed, Vera Institute, the Corporation for Supportive Housing and New York City Housing Authority (NYCHA). Darnell Smith is one of more than 100 former prisoners who are taking part in the program.

Darnell now lives in West Harlem with his wife and children and after seeking work for six months he joined a union and now works as a construction worker. His parole is up next year and he is eager to get on the lease with his wife. As Darnell said, “This is a once-in-a-lifetime opportunity!”