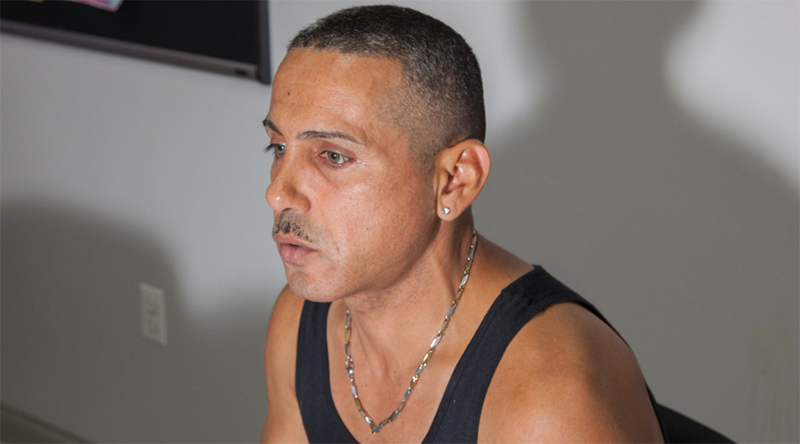 This article is part of a quarterly series giving voice to the perspectives of individuals with lived experiences as they share their opinions on a particular topic. The authors of this column facilitated a focus group of their peers to inform this writing. The authors are served by Services for the UnderServed.

You may have heard it before: acceptance is the first step in recovery. Nothing could be truer, as was made abundantly clear as each of us shared our histories together in a discussion about understanding and treating co-occurring disorders. Trauma leading to more trauma, self-medication with illicit drugs, loss of families, homelessness, more self-medication, more trauma, more addiction. In and out the revolving door (sometimes with bars on them) and then, at some point, that ah-ha moment of diagnosis and eventually, acceptance.

It’s a journey.  It’s exhausting. It can knock the wind out of you even on a good day.

You could look at what we’ve been through like the cycles on a washing machine: wash, rest, soak, rinse, spin, and finally – ready for the dryer. But at what point is a person “wrung out” enough to be ready for the dryer? That seems to be different for each individual, because everyone has their own threshold of how much they can tolerate, and how far they need to go before reaching their own personal “bottom.”

As we all talked about our lives, there were clearly some common threads to how we wound up sitting around the table at this time. For the veteran among us, a lot had to do with compassion and mindfulness. Having lost his mom and his son, he woke up from a coma resulting from a suicide attempt to ask himself, “Why did I have to survive?” After a lot of spinning, there came a diagnosis of bipolar disorder, therapy with a mental health professional and, eventually, a desire to help others through teaching. The courts made the right decision in realizing that an alternative to incarceration through an S:US treatment program, rather than incarceration, was the way to work towards recovery.

Two others in the group talked about the ravages of heroin addiction, especially when coupled with schizophrenia. The heroin felt good for a while, kind of like the beginning of the wash cycle: wash, rest, soak. But then came the spinning. Drugs. Voices. Illusions. Cravings. Desperation. So wrung out that even jail had its upside. The diagnosis of schizophrenia was actually a relief.

But all of us struggled with acceptance of diagnosis because having a mental illness is seen by so many, including ourselves, as somehow different than say, heart disease. With heart disease, you’d never question that certain medications are needed to treat and manage the disease. With an illness of the brain and mind, there’s stigma about it somehow being your fault, and until we came to understand and accept that it’s no more our fault than having a leaky heart valve, we just resisted and kept spinning. The only thing that finally really broke the cycle was acceptance, followed by getting into treatment where there was a real understanding of what was going on, and a real desire to get on with a different life.

The most senior member of our group, Eugene, spoke like a brother to all of us. Eugene was born in the rural south in the 1950’s, when racism reigned supreme and when “colored” and “white” water fountains were the norm.  Eventually landing in New York, Eugene lived on the streets from the age of 15, fueled by a serious drug addiction, powered by anger, and willing to do anything, including rob banks. His innocent two-year-old daughter died in a fire that didn’t have to consume her life, if only the firefighters had gotten to her sooner. Eventually, sitting on a prison cot at Fort Dix in 105-degree heat, he had to face no one but himself. And he did. This life clearly wasn’t working and it was now or never. Eight years ago, through the Fortune Society and S:US, he started to piece together just what co-occurring really meant for him. It meant being diagnosed with bipolar disorder and it meant replacing street drugs with medication to treat his illness. Now, like Eugene said, he’s not strong, he’s steel.

The reason we’re here to tell the tale around a table instead of a graveyard is because of the help we’ve gotten to face our demons, and the second, third, and fourth chance given to many of us through ATI (alternatives to incarceration).

Michael said it for all of us when he said he may not be up to loving himself just yet, but at least he’s liking himself. That’s a huge step in our recovery journey. Now we’ve got to just keep on going.