McCray Roundtable On Homeless Shelters A Breath Of Fresh Air 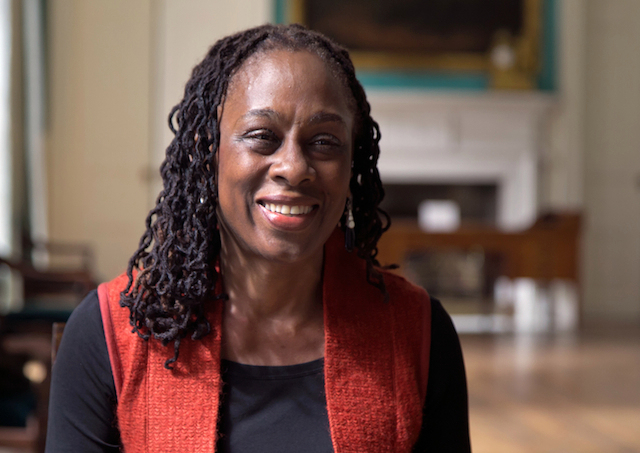 McCray brought Department of Homeless Services Commissioner Gilbert Taylor and officials from Care for the Homeless, Services for the UnderServed, Turning Point, Project Renewal and ICL – all of whom are contracted out by the city to run various homeless shelters – for the discussion.

McCray noted her husband, Mayor Bill de Blasio added an extra $78.3 million for homeless services in his recently released executive budget to help pay for more mental health services for the homeless and to put licensed social workers in all the city’s shelters.

The executives of all the homeless shelter providers all concurred that a great majority of homeless young adults and adults have mental illness issues couple with other issues such as substance abuse. Additionally, a great many clients came from abusive and domestic violence situations.

Other challenges they noted included devising a way for better shared medical record keeping of the chronicly homeless to provide better care, and the need for more services in the shelter system to people with mental illness and substance abuse issues.

Other ideas brought up was to have specialized shelters for those with mental health issues and a higher likelihood for violence, building a stronger community and holistic approach to shelters in helping clients become more independent, and to have better follow-up once clients leave the shelter system.

Following the meeting, the provider executives all said there was a huge difference between the previous Bloomberg Administration and the de Blasio Administration in addressing homeless issues.

Bloomberg cut funding to homeless shelters and services with the philosophy that if you make the shelters to welcoming for people they would want to stay, said one executive out on the street after the meeting.

They also noted that Bloomberg rewarded shelter providers who reduced their homeless population and punished shelters whose homeless numbers increased, with little thought of addressing the systemic causes of homelessness.

The new shelter repair team is fixing things in a week that were going on for years, they said.

CLICK HERE to view pictures of the First Lady and DHS’ roundtable discussion and shelter tour.