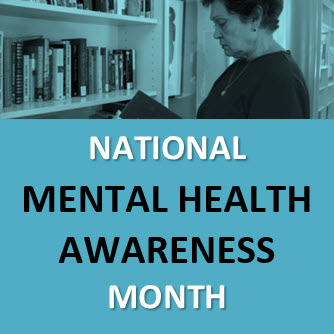 In 2010, the theme was ‘Live Your Life Well’.  ‘Live Your Life Well’ was a theme designed to encourage people to take responsibility for the prevention of mental health issues during times of personal challenge and stress. The message was to inform the public that many mental health problems could be avoided by striving toward and making positive lifestyle choices in the ways we act and think.

The theme for the 2014 Mental Health Awareness month was “Mind Your Health”. A focus of that year’s theme was to create a motivational effort that will put toward the goal of building public recognition in regards to the importance of mental health and to the overall health and wellness of those around us. The association hopes to inform United States citizens of the connection between the mind and body; and intends to provide advice, tips and strategies that will encourage people to take positive actions and protective measures for one’s own mental health, and whole-body health.

Its purpose is to raise awareness about mental illnesses, such as depression, schizophrenia, and bipolar disorder. It also aims to draw attention to suicide, which can be precipitated by some mental illnesses. Mental Health Awareness Month also aims to educate communities about psychological disorders, while reducing the stigma that surrounds them. The month came about by presidential proclamation.

Click here to discover how S:US is breaking down barriers and opening new doors for individuals with mental health issues. With the right set of supports and working together, people can recover, lead productive lives and move past their challenges