Neurofeedback Training Can Help With Depression And Anxiety 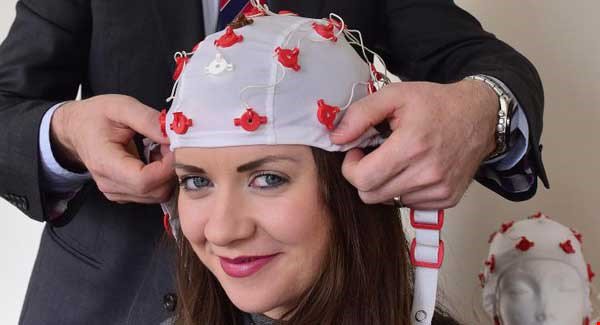 Margaret Jennings looks at research that suggests battling depression and anxiety with neurofeedback training can reap dividends for patients.

IMAGINE having a cap with electrodes attached to your brain which links up to a computer screen where you ‘play’ a video game, because you have been diagnosed with anxiety or depression and you want to get better.

It sounds quite futuristic, but actually it’s happening here in Ireland and up to 20% of patients attending the Actualise Neurofeedback Clinic based at Dublin City University, are in their 50s, 60s and 70s, according to Dr Michael Keane, director of the centre.

The treatment is based on the belief that the source of a person’s problematic condition — for example anxiety and depression – is due to brain disregulation and Neurofeedback Training (NFT) helps to restore that balance.

The electrodes on the electroencephalogram (EEG) cap allow your brain function to be fed back to you through the computer screen. The specific problematic areas are then identified that need training.

“The only way you can get that video to play is by making your brain function better. That happens randomly at the beginning but what happens over time is that by making the video play, a person is learning to control their brain function in the area where it is needed.” 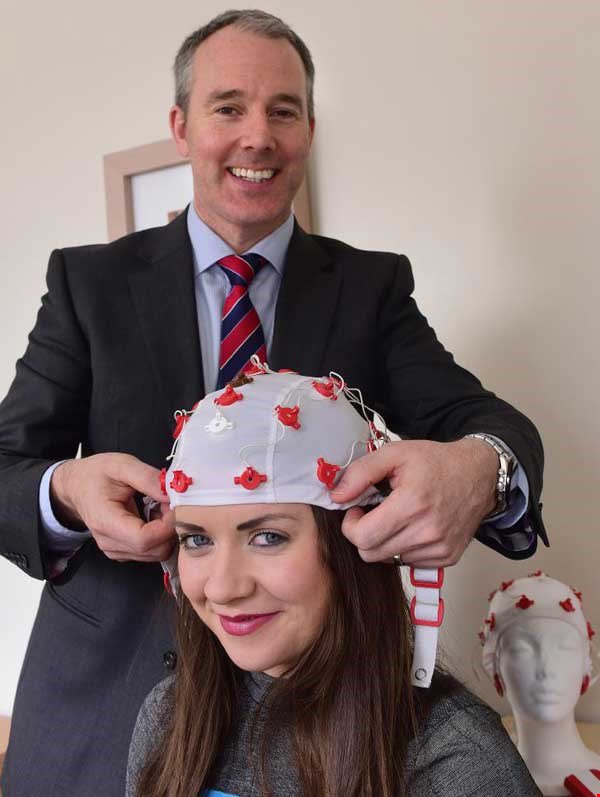 “Our brain craves reward so if it gets a reward by getting the video to work, because it functions in a certain way, it is more likely to behave in that way again.

We then increase the difficulty so your brain has to function even better to get the reward. Over the course of neurofeedback training your brain gets better and better at functioning in the area where it is needed.”

Patients are referred by GPs, counsellors and other health personnel, or they refer themselves — but it’s a costly process.

“Normally we are looking at two to three months, attending once or twice a week,” he says.

“You’re looking at €2-3000 for about 20 sessions, consultations and reports. But again it would depend on a person’s set of symptoms and circumstances. There isn’t a one size fits all.”

Could neurofeedback training be used to stall a decline in our less reliable memories, as we age?

Keane says while there is scientific proof of its use for dealing with problematic areas — for example memory processes can improve through treatment of anxiety and depression — he has no knowledge of there being a scientific stance on prevention.

Nevertheless it looks like measuring brain activity is the way of the future.

The US Food and Drug Administration agency, for instance, gave the green light in 2013 for the use of EEG technology in the diagnosis of attention-deficit/hyperactivity disorder (ADHD) in children and adolescents. So what’s next?

“I think what will happen is that firstly neuroscience will have a much greater role in diagnosis — the brain activation of someone with depression for instance, looks very different,” says Keane.

“Secondly I do think you will see a growth in neuroscience as a prevention because at issues like depression are brain-based, so the solution is brain-based.”

With alzheimers and dementia featuring increasingly in the ageing population there is the misplaced presumption that these conditions are “the same” for all individuals.

“But if you look at the brain itself you will see that the manifestation of these conditions is quite different from one person to the next. As a result, if you see that the organic difficulty is different, then that changes the way you treat it,” he says.

So although neuroscience will play a bigger role in preventative cognitive decline, in the future, based on getting individual profiles of a person’s brain, at the moment the scientific research hasn’t caught up with that.

“Neurofeedback takes advantage of the technological advances and can help us when we are older to maintain a healthy lifestyle for longer — it’s not about living longer but making a healthy life longer,” add Keane.

In the meantime, the best we can do without that brain-mapping diagnosis, is to lead a healthy lifestyle.