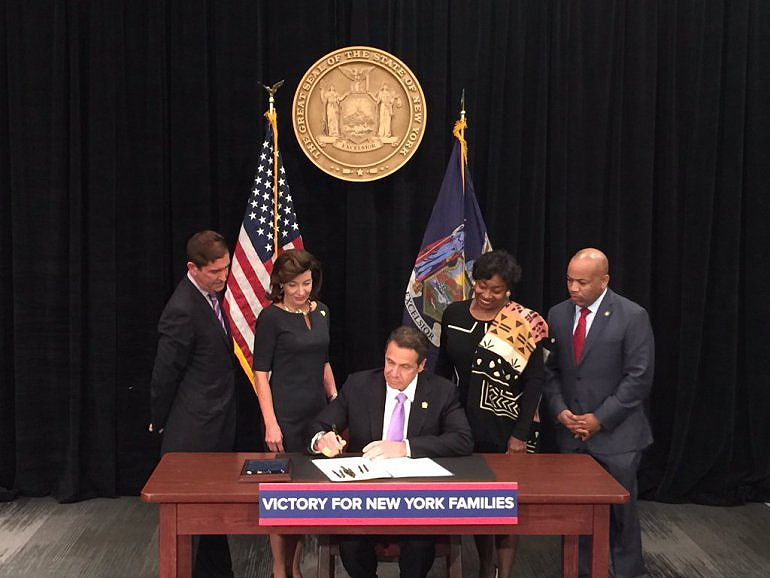 NEW YORK — New York Gov. Andrew Cuomo has signed a law that will gradually raise the state’s minimum wage to $15.

The ceremony on Monday took place as labor leaders, advocates and minimum wage workers attended a victory rally nearby, at the Jacob Javits Convention Center in Manhattan.

The minimum wage would only rise to $12.50 in the rest of the state by 2020, with further increases tied to inflation and other economic indicators.

Also on Monday, California Gov. Jerry Brown signed a bill raising his state’s minimum wage to $15 an hour by 2022.