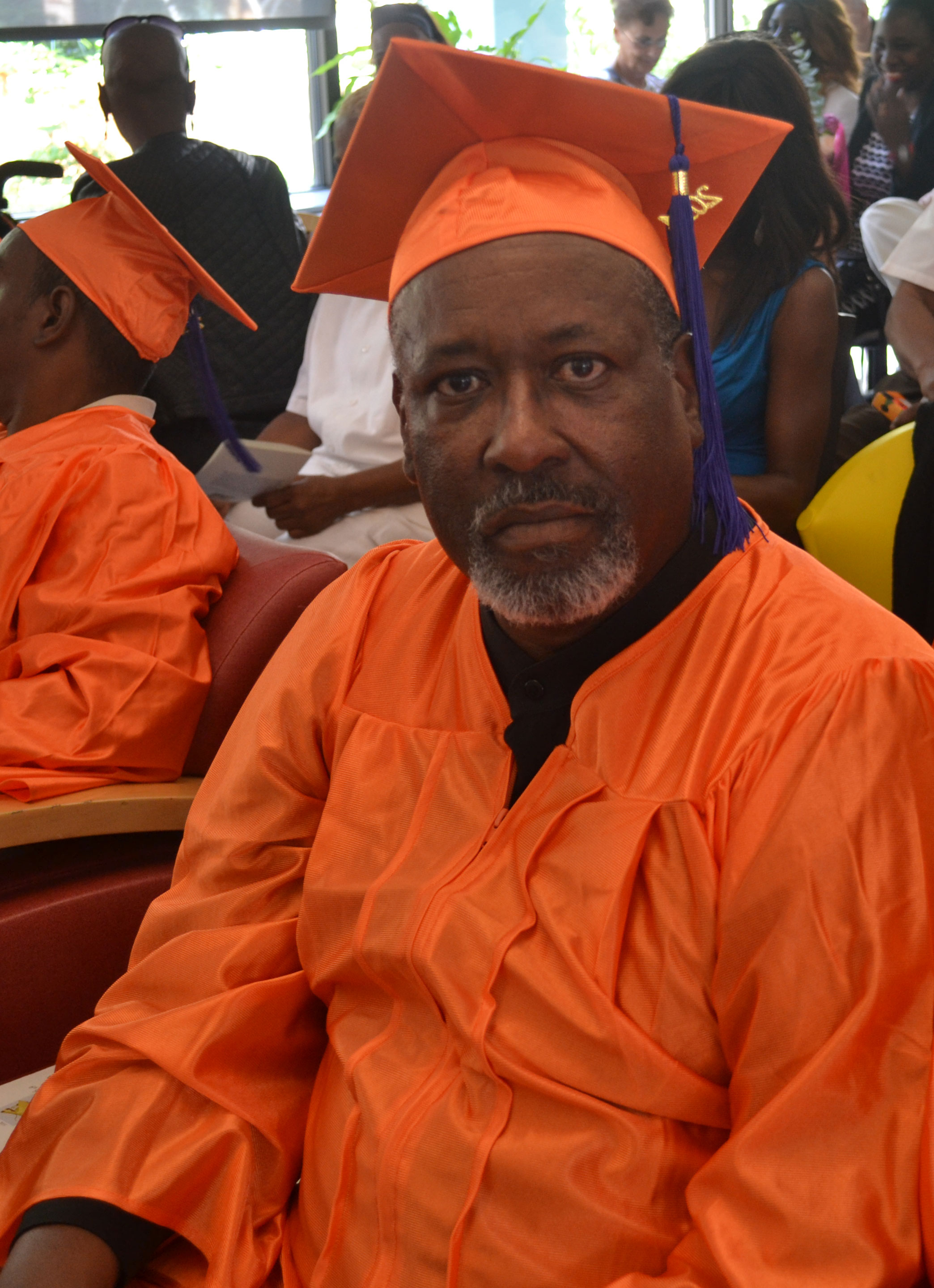 “Once upon a time, I did have a life,” says John Saunders, a tenant of S:US’ Knickerbocker residence for veterans and a 2014 graduate of S:US’ Project P.R.E.P.A.R.E.  When Saunders left the military at the age of 22, he returned home to Brooklyn, found work and went to school at night. Everything was in order until drugs led him down a dark path. Though he occasionally used marijuana, his life took a wrong turn when he was introduced to cocaine.

For years, he “lived for the weekend”, using cocaine only recreationally. But the more he used, the more things spiraled out of control. His addiction was jolted after nearly losing his life from a gunshot wound and very soon after being sentenced to prison for seven years. Overnight, Saunders says, he lost his job, wife, freedom, and life as he knew it.

When he was released, he struggled to find housing so he checked into a shelter. While there, Saunders was mandated by his parole officer to join an intense therapeutic program for alcohol and substance abuse recovery. He was reluctant to join at first because it forced him to explore insecurities he had internalized for years, but Saunders’ experience in the program proved to be beneficial. He successfully completed the program and shortly after was put in touch with S:US. After having lived for years at the shelter, Saunders moved into Knickerbocker in 2009. “That’s when change began in my life,” he says of joining the S:US family.

Since moving into Knickerbocker, Saunders has been surrounded by a supportive community of other veterans who have shared experiences. His strong peer relationships prompted his interest in S:US’ Project P.R.E.P.A.R.E. (People in Recovery Engaging People through Advocacy, Respect and Encouragement), a 20-week training program in which individuals in recovery from mental health conditions gain skills to engage and mentor their peers through their own recovery.

In the past five years, S:US’ Project P.R.E.P.A.R.E. has graduated 60 students, including Saunders. Given their own life experience with mental illness and mental health services, along with training in best practices, these peer specialists provide the hope and empathy that is key to recovery. 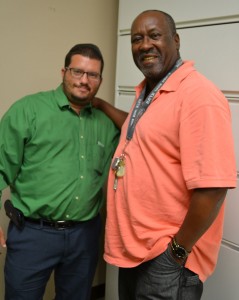 For Saunders, this support has come from Elliot Brukman, S:US Peer Job Coach, and other staff at S:US’ Employment Services. Brukman, who has his own history of mental illness, has worked in social services for 13 years, and specifically in the peer industry for four years. Since 2013, he has led classes for Project P.R.E.P.A.R.E. He wants to help others with similar challenges by guiding, not leading them. This sense of inclusivity offers a safe haven for students and is the reason Saunders says the experience taught him to be a better listener, friend and community member.

“The peer specialists didn’t make me feel ‘less than’. It was one of the most beautiful experiences of my life. The more I learned, the more I wanted to learn. I’m now able to see things more clearly.”

Saunders has not been employed in 25 years but S:US’ Project P.R.E.P.A.R.E represents a new beginning. After students complete the program, staff from S:US’ Employment Services help graduates write resumes, practice interview skills, and apply for positions as peer specialists within S:US and at other agencies. Saunders’ biggest challenge is having the confidence to present himself professionally. For most graduates, it takes six to nine months to secure employment but as Brukman says: “one more rejection is a step closer to a yes.”

For now, Saunders is willing to work part-time but hopes to find full-time employment.

“I’m going to do the very best I can to make something happen and I am not going to give up,” Saunders says. “The world needs peer specialists to help people who need the support. I believe I’m made for this work.”