Our plans to build supportive housing at Undercliff Avenue, Bronx have captured the attention of BDMag.com: 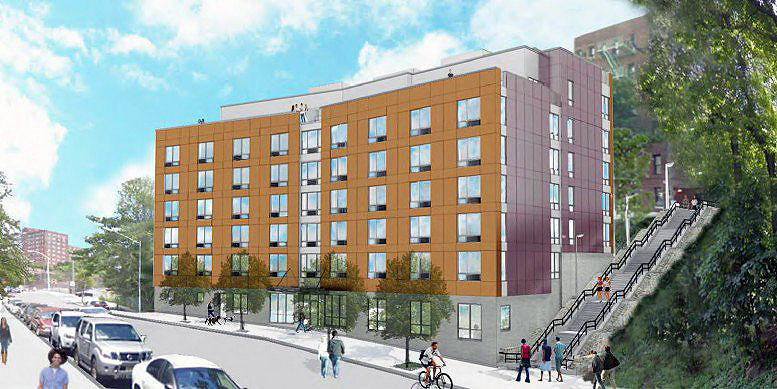 Source:  BDMag.com (photo from New York YIMBY) The South Bronx continues to boom with new affordable and supportive housing projects. Non-profit Services for the Underserved hopes to build a seven-story apartment building at 1434 Undercliff Avenue, in the Highbridge section of the Bronx. The development would have 75 apartments, which will break down into 65 studios and nine two-bedrooms, plus the super’s apartment. They’ll be spread across 49,143 square feet, for average, 655-square-foot units. Sixty percent of the apartments will be supportive housing, but the type of tenants who live there depends on the federal and state grants S:US receives during construction. The supportive units could house people struggling with mental health issues, drug addiction, or HIV/AIDS.  The remaining 40 percent will rent to tenants who make no more than 60 percent of the Area Median Income, or $43,500 for a two-person family. Part of the development will be reserved for veterans, because the organization has already nailed down that piece of the funding.  MORE