As we raise awareness that substance use treatment and mental health services can support those with mental and substance use disorders to live healthy and rewarding lives, we would like to share stories from people served by S:US. 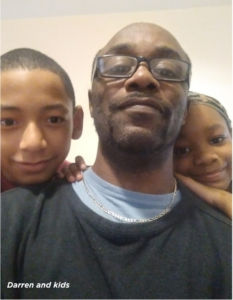 Darren was placed in the Families United Supportive Housing (FUSH) program in 2009 by his wife Sabrina before she passed away. He met Sabrina in the program, and moved in with her and her son for 11 years. They had more children and when their daughter was two-months-old and their son five-years-old, Sabrina died. Darren lost himself to substance use and prayed for help to overcome the pain. S:US helped Darren and his kids secure affordable housing. They are all doing well. Darren attends Narcotics Anonymous, which he says has been the best decision in his life. “Thank you, S:US, for everything you have done for me; I am ever so grateful.” 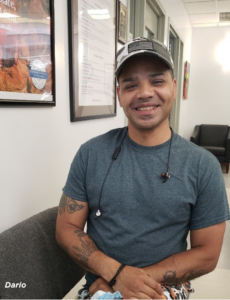 Dario is Puerto Rican, openly gay, and very involved in the LGBTQ+ community. Dario was addicted to crack cocaine in his younger years, he is also a domestic violence survivor. He was incarcerated for a time in his life. Dario decided that he wanted a better life and pursued housing and assistance from S:US. Dario lost his younger brother to COVID-19, which was devastating for him and his family. Dario knew that he needed to be strong. He has strived to get things done and has made sure that his life is fulfilling. Recently, Dario moved into his own scattered-site apartment in the Bronx and continues to work on obtaining his TASC. Dario says he is a happy soul now that he has his own apartment.