Stemming The Tide Of Veteran Suicide: One Life At A Time 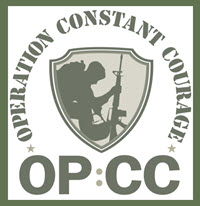 What would you do if you were a Veteran and had not only financial challenges but were also facing physical and mental health issues?

Mr. P.* was referred to Services for the UnderServed’s (S:US) Operation Constant Courage (OP:CC) from a Supportive Services for Veteran Families (SSVF) program who believed he was at high risk of committing suicide. At the time of the referral, Mr. P was also at imminent risk of becoming homeless because the financial assistance he was receiving from SSVF in order to pay his rent was about to expire. S:US immediately assigned him an OP:CC case manager and found that he scored poorly on two out of three measures OP:CC used to assess a veteran’s mental health, which indicated that he was in need of intensive assistance for his Acute Anxiety Disorder, PTSD, and emphysema.

For a long time, Mr. P. made good money working in construction. However, when he got sick, he could no longer work and had to apply for disability. When he stopped receiving financial assistance from SSVF, Mr. P. faced a stark choice: move into a friend’s basement apartment and pay $600/month for rent or become homeless. After he moved in, Mr. P. was left with less than $200/month to feed himself and his cat. For the first few months in his new apartment, OP:CC staff intervened several times, providing Mr. P. with gift cards so that he could feed himself and his cat. After that, OP:CC staff increased Mr. P.’s stability and prevented this veteran from becoming dependent on the gift cards by helping him create a food budget. Additionally, S:US successfully referred Mr. P. to his local City Meals-on-Wheels which delivers hot meals daily to his residence, and S:US is in the process of referring Mr. P. to PAWS NY, an agency that provides meals-on-wheels for pets.

Mr. P. continues to express his gratitude to S:US for the interventions and assistance he has received from the OP:CC program and staff. “I know I always say it, but I just want to thank you again for your support…I truly appreciate the help you have given to me. It’s been lifesaving!”