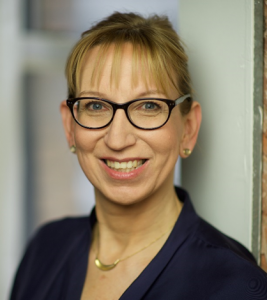 Trish Marsik joins Services for the UnderServed’s executive team in January 2017 as it Chief Operating Officer. For the last two years, Marsik has worked as the Executive Director for the Mayor’s Task Force on Behavioral Health and the Criminal Justice System, working out of the Mayor’s Office of Criminal Justice. There she oversaw the implementation of the task force action plan, seeking to better serve people with behavioral health issues who come into contact with the criminal justice system. For 14 years prior to that, Marsik worked in multiple capacities at the New York City Department of Health and Mental Hygiene (DOHMH), eventually serving as Assistant Commissioner for Mental Health, where she managed the development, implementation, and oversight of contracted mental health programs as well as policy and programmatic initiatives. Marsik also served as the Chief Administrative Officer for the Early Intervention Program, a multi-million dollar federal entitlement program for children ages birth-3 with delays and disabilities; and was the Director of Project Liberty, New York City’s mental health response to 9/11.

Before joining DOHMH, Marsik directed service programs for New York City residents who were homeless, justice-involved and/or had a mental illness for organizations that included Legal Aid and the Urban Justice Center. Marsik earned a Bachelor of Arts from the University of Michigan and a Master of Social Work from Columbia University.