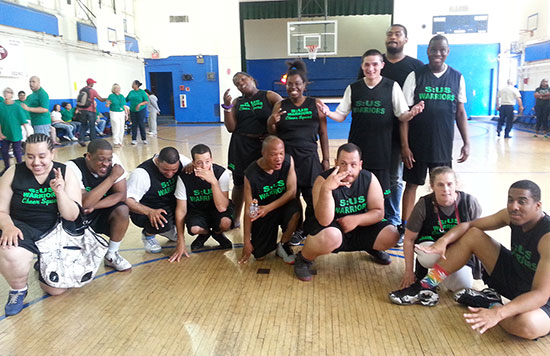 On Friday, June 6, The S:US Warriors defeated Esperanza in a championship basketball title, winning 43-27. The S:US Warriors practiced every Wednesday throughout the season, ending in a 5-2 record. The team includes young adult players and cheerleaders who have excelled as league finalists and champions for the past several years.

The teams are part of a basketball league for individuals with intellectual/developmental disabilities founded by S:US and two other human services agencies eight years ago. The league serves as a vehicle for social engagement for the individuals, though the teams are held to high sportsmanship standards and games are highly competitive. The season will be celebrated by all teams at a dance on June 13 at the South East Bronx Neighborhood Centers.

Read more about S:US’ programs and services for individuals with intellectual/developmental disabilities.