The Opioid Epidemic: A Consumer’s Point of View 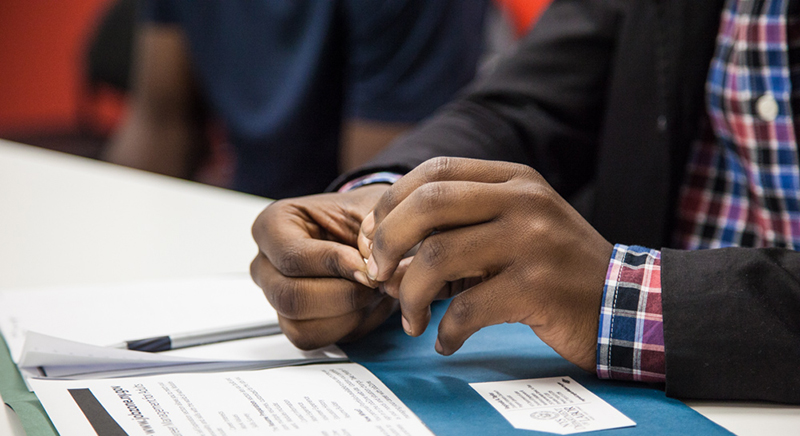 This article is part of a quarterly series giving voice to the perspectives of individuals with lived experiences as they share their opinions on a particular topic. The authors of this column facilitated a focus group of their peers to inform this writing. The authors are served by Services for the UnderServed.

We all have our stories. Some of us were raised by a single parent, or by an aunt or an uncle or some other relative. Many of us experienced early family instability and there is no question that growing up around people who are using – drinking and drugging right in front of little kids or on the street corner – is going to lead to some bad behaviors. The story is just all too familiar and while we’re not blaming anyone for what happened, it’s a lesson in how not to raise a kid if you don’t want that kid getting addicted. In some families, it all seemed harmless – like just having a family where everyone was “just” a social drinker, or where people were “just” smoking pot casually without doing a lot more. But when you’re 12 year old, or 14 years old and you start smoking pot, chances are it’s going to lead to other stuff, and that stuff isn’t going to be good.

Layered onto this background, which was definitely the case for almost all of us, is the issue of what happens when a person is “just” vulnerable to begin with. We all know that you can take two people and put them in the exact same circumstances and one will react one way and one will react another way. That’s because we’re all wired differently, with different sets of DNA and different levels of resilience. But when you tip the scales, and drugs and alcohol are easily accessible for a young person who already has the deck stacked against them, you can pretty much count on an outcome that’s going to lead to addiction.

Self-medicating is one of the most common things people do when they’re vulnerable, or in pain, or both. And while self-medicating can start because of insecurity (being left by a girlfriend, or having a slight physical difference) it soon goes full bloom when it takes the form of alcoholism, cocaine use, snorting and shooting up heroin, and finding little colorful pills to pop under your tongue. The dangers of not professionally addressing vulnerability in young people is that they’ll just find their own ways to deal with it – so in the work being done with young parents who aren’t necessarily prepared to raise kids, they need to learn that at the very early stages, kid’s problems need to be looked at, dealt with, handled and not just swept under the carpet. That’s what happened with all of us, and now we’re here to tell the tale. Thank God we made it this far.

As far as what helps for real, places like S:US really have this down to a science. First though, let’s talk about what doesn’t help for real, and that would include two big things: incarceration and in most cases, Methadone. Getting clean in jail isn’t really getting clean, and that’s because the craving is still there and as soon as you get out, the first thing you look for is your next fix. And, there’s almost no such thing as getting clean in jail because if you want to find drugs, you can find them. They’re everywhere. We didn’t really go into a long conversation about how to fix this system, but we did all pretty much agree that the system the way it is isn’t working very well. As far as Methadone is concerned, the toxic side effects and addiction to Methadone, for those of us who have been on it, made it almost just as bad a drug as heroin. There’s got to be a better way.

What really works? Facing our demons. Getting to the bottom of what started all of this to begin with. Being honest with ourselves. Having the courage to ask for help. Having people around you who you can talk to and who are invested in your keeping clean. All of these things become part of the whole picture of what helps a person go from desperation to hopefulness. In all our cases, each and every one of us needed to focus on psychological and internal trauma before we could really start on a path to recovery. Drugs were never the answer to our problems, but they were the only answers we had for a long, long time – and drugs became the substitute for love: loving one’s self, loving someone else, and being loved.

“The person I’ve become is a person I actually like.” This is what one of us said in the meeting, but it’s true for a lot of us. The mirror we were looking into was reflecting the kind of person we never thought we’d become, and then, once you are that person, you have got to face up to what happened and why anger became the default for dealing with things like peer pressure, abandonment and insecurity.

And then there’s the very big issue of peer support. At S:US, we know that a lot of the people who now have jobs helping us pick our lives up again have been exactly where we were. Peers understand what being at the bottom of your game is all about, and they understand that sometimes you just have to suspend judgment and work with people where they’re at instead of wondering why they’re not further along in their journeys.

The last thing, but an important thing – is gratitude. When you’re 16 months clean, or three days clean, you’ve got to be grateful for where you’ve come. We all learned that a lot can be reversed, and that whether the new road leads to getting a G.E.D. or a job, or reestablishing relationships with kids and family, it’s a road that starts each day with recognizing the blessing of life as we know it now. Recovery is about the fact that life is difficult for everyone, but that doesn’t mean you stop trying.