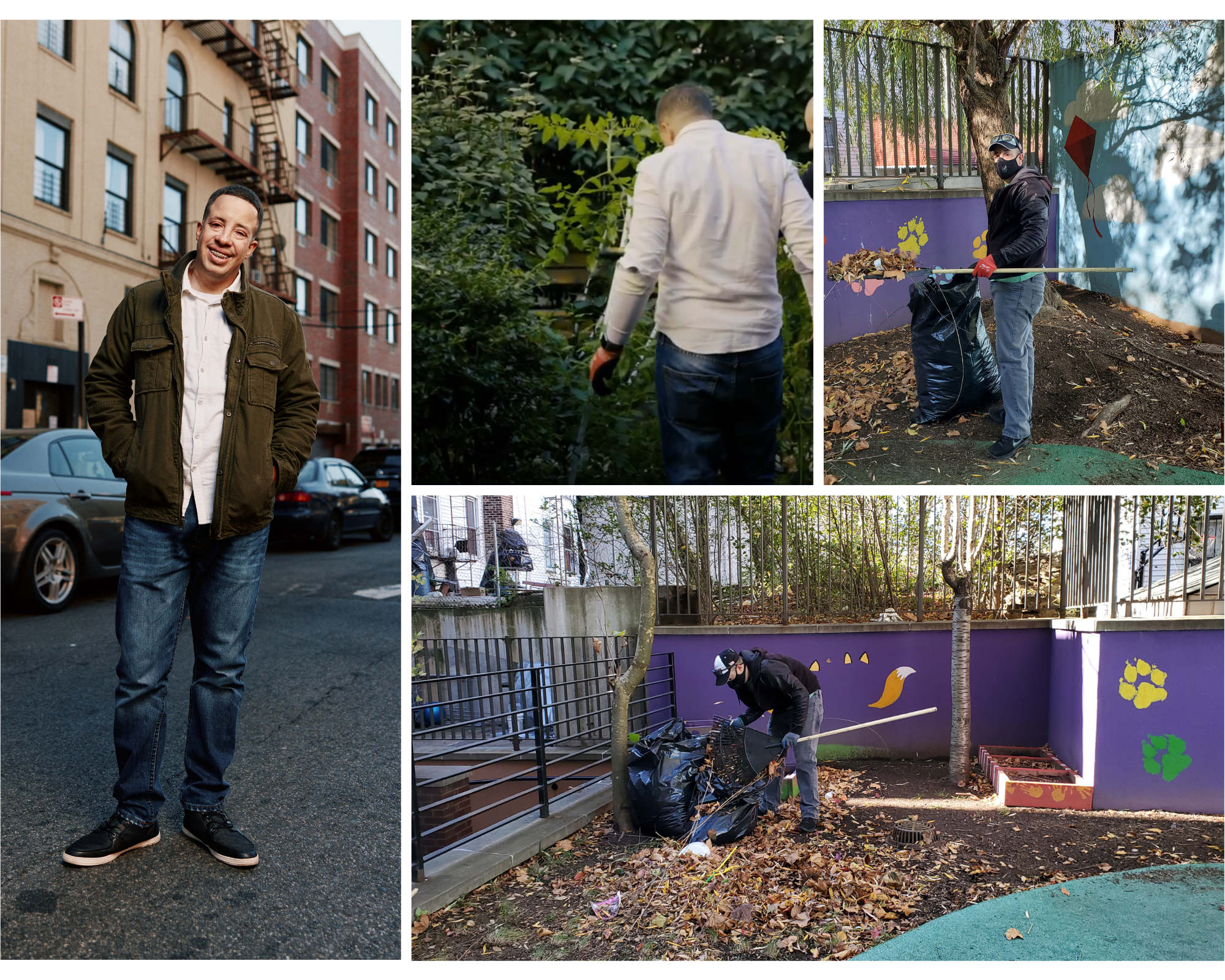 October is National Disability Employment Awareness Month, and the theme is “Disability: Part of the Equity Equation.” Given the ongoing economic challenges we face as a result of the COVID-19 pandemic, we need employers to know that many people with developmental disabilities are ready, willing, and able to do the work our country needs. As an organization advancing social justice, S:US is at the forefront of this issue.

In 2015, Rauly began landscaping and gardening training with participants from his S:US’ Day Habilitation program in the Bronx. The S:US Urban Farms initiative received funding through a Balancing Incentive Program (BIP) grant that provided this training to build landscaping and gardening skills, provide engagement, and address barriers encountered when providing community-based long-term supports and services to Medicaid recipients. Rauly, a person with an intellectual/developmental disability, along with his peers, were trained in pruning trees, how to cut grass, repair landscaping near the side of buildings, mulch trees and bushes, learned how to plant crops, transplant crops, techniques in watering crops deeply to promote growth, how to start to grow plants from seeds, usage of organic fertilizers, how to manage diseases and pests of plants, and how to harvest vegetables when ready. During the BIP training, Rauly showed an attentiveness to details and was meticulous in executing his tasks, while exuding with passion for caring for the gardens. Because of his passion and strong work ethic, Rauly was hired to work part-time in S:US’ Urban Farms after the grant ended.

Throughout his work, Rauly has shown initiative and dedication to learn new skills, embrace the tasks at hand and work well with peers, volunteers, staff and people served by S:US. Over time, he has become a huge asset to the staff of S:US’ Urban Farms, headed by Michael Hollis, S:US’ Director of Urban Farms and also fills in for full-time staff when they are on vacation. When he first started working, he was shy and did not interact with many of his peers and staff. Rauly was born in the Dominican Republic and Spanish is his native tongue. But he didn’t let the language barrier stop him. In fact, he made a firm commitment to learn English. During the pandemic, Rauly met with his Job Coach Wilfredo twice weekly via Zoom sessions to learn English as a Second Language (ESL), attended trainings in horticulture to build his awareness, and learned how to use garden tools. Consistent Zoom sessions and studying his ESL lessons have helped expand his vocabulary. His comfort has grown along with his expertise over time.

The training and experiences for his job at S:US Urban Farms has empowered Rauly, deepened his self-confidence, and provides nourishment for him, both as a person and a gardener. From his stellar attendance at his day hab to his work as a gardener, Rauly has accomplished the following:

He cares for and landscapes two gardens at two different buildings managed by S:US in the Bronx

He cultivates a small garden at his home where he grows sweet peppers and tomatoes, which he shares with his family with whom he lives

On weekends, Rauly helps his dad re-build an RV, skills developed in his job at S:US Urban Farms

Jajaida Gonzalez, S:US Vice President of Day Habilitation Services, shares that Rauly’s mom “…is in awe of everything that he can do now because he was so shy and quiet before starting to attend the S:US day habilitation program and working for S:US Urban Farms.” Rauly likes working for S:US Urban Farms because there is a lot of respect among the co-workers, everyone works equally and learns from each other, there is an absence of judgment, and the team is always trying to build bridges and is big on communications. As Rauly shared, “Mike (Hollis) is the best boss!” Rauly is not defined by his disability but by his abilities which are vast! We are grateful to the day hab staff as well as the urban farmers which has helped him bloom as a gardener and as a person.